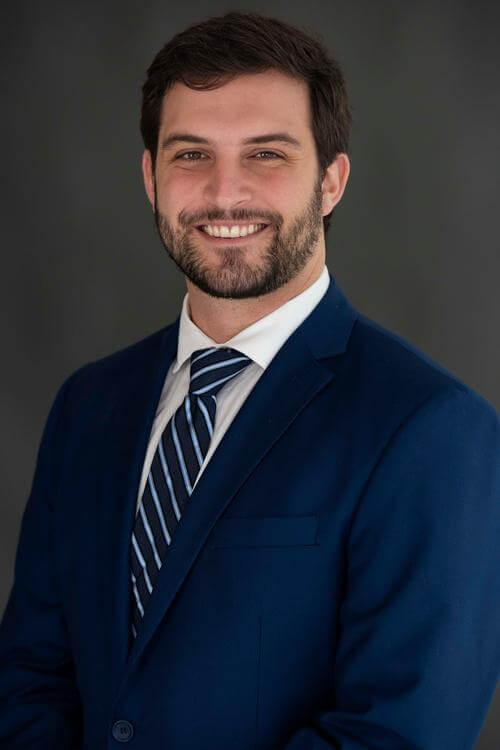 After graduating from the University of South Carolina School of Law in 2016, Taylor took an associate position at a well-reputed defense firm in his hometown of Augusta, Georgia, where he cut his teeth defending insurance companies and their insureds in car accident cases. His goal, however, was to return to practice law in South Carolina, and when The Derrick Law Firm presented him with the chance to represent individuals hurt by the negligence of others and those involved in work-related accidents, he seized the opportunity.  Now he assists and guides DLF clients in personal injury matters, representing their interests and diligently fighting for their rights.

Taylor grew up in Evans, Georgia, about two miles as the crow flies from the South Carolina state line.  After graduating from Evans High School, he attended The University of Georgia for four years and earned a Bachelor’s degree in English.  He then went on to attend the University of South Carolina School of Law where he graduated cum laude in the top ten percent of his class.  His grades garnered him membership in the prestigious Order of the Wig and Robe and Order of the Coif academic honor societies.  While at USC, Taylor discovered his passion for the courtroom and joined the USC Mock Trial Team.  Travelling the nation with talented teammates and coaches to participate in mock trial competitions only steeled his resolve to develop into a successful courtroom advocate.

Although he attended law school at USC, he remains faithful to his Georgia Bulldogs during football season and to the North Carolina Tarheels during basketball season.  Taylor enjoys fishing, football, basketball, reading, playing chess, bluegrass music, going to the beach, skiing, and playing his guitar, in no particular order.