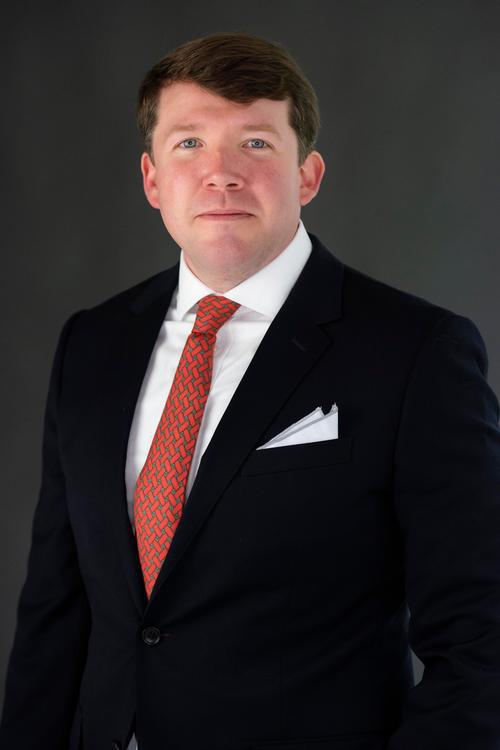 Cole Lawrimore was born and raised on his family’s tobacco farm in the rural, Pleasant Hill community of Georgetown County. As the son of a school administrator, Cole’s family moved frequently throughout the State of South Carolina with stops in Georgetown, Mt. Pleasant, Walhalla, and Newberry.

Cole graduated from Newberry High School and attended Wofford College on an academic scholarship. In between attending social events, Cole was a Dean’s List student and the Vice Chairman of the Honor Council. After graduating from Wofford with a degree in accounting, Cole attended the Charleston School of Law. During his time there, Cole was a member of the Dean’s List and an award-winning member of the Moot Court Board.

Following law school, Cole obtained a coveted judicial clerkship with The Honorable J. Ernest Kinard, Jr. His clerkship opportunity allowed him to participate in a number of jury trials and to see behind the curtain of the justice system. That clerkship experience led Cole to a career in litigation. Cole spent the early portions of his career as a general litigation attorney at a small firm in Newberry, South Carolina. During that time, he tried numerous cases to a verdict in the Circuit, Family, and Magistrates’ Courts.

Cole knew that his future would be in civil litigation, so he accepted a position at an established, well-respected defense firm in Charleston, SC. During that time, he devoted roughly 100% of his practice to the defense of corporate insureds and government agencies. Cole’s defense practice honed his deposition, motion, and trial practice to a fine edge. Although Cole admired and adored his partners, he felt a calling to utilize his skills to benefit people rather than insurance companies. That calling led him to Derrick Law Firm Injury Lawyers, where he spends every moment of the day working diligently to assist injured people in bringing peace and closure to their lives.

When he’s not at his desk, Cole spends every moment he can with his wife, Christy, daughter, Parks, and son, Bowman. The Lawrimores live in the Riverland Terrace community on James Island where they are surrounded by friends who have become family. When Cole can slip away from the house, you will find him on the golf course or in waist-deep water trying to sound like a duck.