Multi-vehicle accidents involving three or more cars account for only about 12% of auto wrecks across the country each year. That 12% of accidents, however, results in 40% of traffic deaths annually, according to the National Highway Traffic Safety Administration (NHTSA). If you survive a multi-car accident, you could be seriously injured and not sure exactly who is liable for your damages. 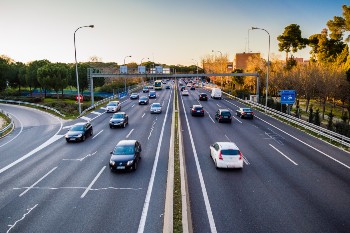 Multi-car crashes happen most often on Interstate highways and in other places where cars are traveling close together at high speeds.

Injuries like these can lead to exorbitant medical bills and extended time off work. You may file a claim for damages against the insurance company of the driver(s) who caused the accident if you know who was responsible.

In a two-car accident, the driver of one car is apt to be primarily responsible for the other driver’s and/or passengers’ damages:

South Carolina car accidents are on the rise according to a recent Department of Motor Vehicles study. In a multi-car crash, though, it is often more difficult to determine who initially caused the accident. Various patterns of fault are possible:

In the accident scenarios described above, each motorist involved might have a different account of the crash and cast blame upon the other drivers. A meticulous investigation, as well as accident reconstruction and analysis, could be necessary to assign accurate percentages of fault to the different drivers involved so that victims know whom to file claims against or sue if necessary.

If improperly maintained highways or hazards on the road contributed to the crash, you might have a claim again the agency responsible for road maintenance.

If the at-fault driver was under the influence of alcohol, you might be able to invoke dram shop liability laws to bring a claim against any bar/restaurant that served the driver drinks the day/night of the crash.

If the liable party was driving a commercial vehicle like a truck, you might have multiple claims against:

There are several things you can do at the scene of the accident to protect your claim. If you are physically able to, you should get to a safe place and do the following:

South Carolina follows a doctrine of modified comparative negligence with a 51% bar. This means that you may recover compensation for damages even if you are partially at fault in your accident. Your award will be reduced according to your percentage of fault as long as you are no more than 50% responsible for the crash. If you are found 51% responsible or if your percentage of fault is greater than the other drivers’ percentages of fault combined, you may not collect any compensation at all.

To make matters even more complicated, South Carolina’s joint and several liabilities rule can hold any liable defendant responsible for all the damages awarded to injured plaintiffs. If you’re hurt in such a crash, a car accident attorney can help you by: