Can I still get compensation for my injuries if I was partially responsible for a Charleston, South Carolina accident? 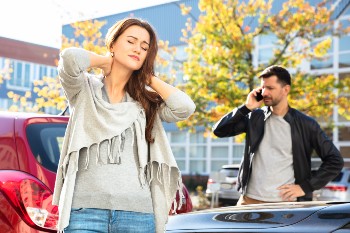 You can only collect compensation for 100% of the damages above if the other driver is 100% responsible for your wreck. If you’re partially at fault for your South Carolina car accident, you can collect compensation as long as you’re less than 51% at fault. However, your recovery will be reduced.

There are many scenarios where both drivers can be found partially at fault. For example:

The doctrine of comparative negligence (or comparative fault) allocates compensation based on each party’s percentage of fault in a crash. Partially negligent crash victims whose claims are successful will have their compensation for damages reduced by their respective percentages of fault.

One of three variations of comparative negligence is used in most U.S. states today:

You may collect a percentage of the award granted by the court, regardless of how big or small your percentage of fault is. Even if you’re 99% at fault, you can still collect 1% of the damages awarded.

The fault of the plaintiff or claimant must not be greater than that of the defendant. If the drivers’ fault is equal at 50% each, the plaintiff may collect 50% of the damages awarded by the court. A plaintiff who is found to be 51% at fault, however, may not collect anything at all. This is the rule followed in South Carolina.

In multi-car accidents, injured claimants may still collect compensation for damages according to their percentages of fault. If, however, one driver’s fault is greater than the combined fault of all the others, that driver may not collect any compensation. In a four-car crash, for example, if one injured driver is found to be 55% responsible, and the other three are each 15% at fault, the first driver may not collect any damages because 55% is greater than 45%.

If you’re thinking there must be a clear and consistent method that is universally used to assign fault fairly in an accident, you’re mistaken. Like quantifying pain, emotion, or anything else that is essentially non-numerical, quantifying fault is a judgment call. In cases of mutual negligence, there is no standard formula that translates the details of your accident into percentages of fault for the drivers/vehicles involved.

Two different judges or two juries trying the same case might find differing percentages of fault. This is just one reason why you need an experienced car crash lawyer to present your evidence convincingly if your case should go to trial. The insurance company’s lawyers are trained to:

You need an attorney who can show that you were less than 51% at fault in your accident by:

An attorney can maximize your compensation for both economic and non-economic damages: