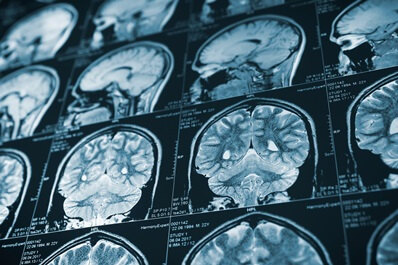 A passenger car or SUV generally weighs 4,000 to 5,000 pounds, whereas an 18-wheeler can weigh up to 80,000 pounds when fully loaded. A crash between two vehicles of such different sizes and weights often results in catastrophic injuries for the occupants of the smaller car.

Among the most serious truck crash injuries are concussions and other traumatic brain injuries (TBIs). Impact to the head or jolting of the brain can result in a closed head injury characterized by bleeding and swelling inside the skull. A more serious open head injury can result from a skull fracture or penetration of the brain by a sharp object.

In an accident with a commercial truck, damage to brain tissues and blood vessels in the head can disrupt the functioning of the victim’s brain when:

TBIs resulting from truck crashes fall into one of three general categories: mild, moderate, and severe. A victim with a mild TBI might pass out briefly and be disoriented upon regaining consciousness. A moderate TBI resulting from external impact can lead to a few hours of unconsciousness followed by ongoing cognitive and physical symptoms. A severe TBI can be caused by an especially hard hit to the head or penetration of the skull. Irreversible brain damage or death can result.

Symptoms of TBIs resulting from truck crashes include dizziness, headaches, nausea, disorientation, depression, hypersensitivity to sound/light, anger, memory trouble, fatigue, and difficulty standing or walking. Any of these symptoms might arise immediately after your accident, or they might not surface until days or weeks later. For this reason, you should seek medical attention as soon as possible after your accident, even if you don’t feel you’re seriously hurt. An untreated TBI can only get worse and lead to severe long-term physical and cognitive problems, including coma and death in the worst cases.

The symptoms of a mild to moderate concussion generally last up to 30 days. If your symptoms don’t clear up within a month, you could be suffering from post-concussive syndrome (PCS), so it’s very important to keep all appointments with your doctor, follow all medical advice and treatment plans, get a written diagnosis of your concussion or other TBI, and keep documentation of all your treatments. Doing so will help you in your quest to receive fair compensation for your damages.

Who Is Liable When a Semi-Truck Crashes?

If you’re involved in an accident caused by a negligent truck driver in South Carolina, you’re entitled to file a claim against the at-fault trucker’s insurance company for your medical expenses, property damage, lost income, and pain and suffering. It’s also possible that the following defendants might share liability for your accident and bear partial responsibility for your damages:

The complications that arise in the insurance claims process when there are multiple defendants generally require the services of a truck accident lawyer .

How Your Lawyer Can Help

Because brain injury claims are among the most expensive for the insurance companies involved, these insurers may dispute, devalue, delay, or deny your claims in order to save money for their shareholders. In many such cases, an insurance adjuster may offer you a quick, low settlement in hopes that you’ll accept it before you know what your total medical expenses are going to be. We recommend you consult an experienced truck accident lawyer before accepting a settlement.

Your lawyer can investigate your wreck thoroughly with the help of an accident reconstructionist to identify multiple defendants and determine their respective percentages of fault. Your lawyer may also:

Truck crash brain injuries can lead to life-changing physical and cognitive problems, so it’s very important to get fair compensation from all liable parties. Once you accept a settlement, you can never ask for more money in the future, no matter what the long-term repercussions of your brain injury might be. An experienced truck crash lawyer can help you seek a reasonable settlement and make sure you don’t leave any money on the table.

Have You Suffered a TBI in a South Carolina Truck Crash?

If you've been hurt in a truck accident, you should speak with an experienced South Carolina truck accident lawyer as soon as possible. Please contact us online or call our Charleston, South Carolina office directly at 843.488.2359 to schedule your consultation. We are also able to meet clients at our Conway, Myrtle Beach, Murrells Inlet, Mt. Pleasant, North Myrtle Beach, Florence or North Charleston office locations.