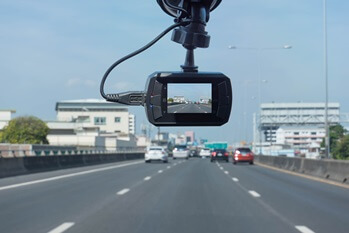 According to the National Highway Traffic Safety Administration (NHTSA), more than 100,000 people across the country are injured in truck accidents each year, and thousands of truck wrecks are fatal. If you’re struck by a commercial tractor-trailer while driving a smaller passenger car or SUV, you could sustain catastrophic injuries due to the size and weight differences between the two vehicles. If you’re lucky enough to survive such a crash, you’re likely to have astronomical medical bills and a long recovery period during which you might not be able to earn any money.

If your accident occurred because of negligence on the part of the trucker (or the trucking company, among other potential defendants), you might submit an insurance claim for your medical bills, property damage, lost income, and pain and suffering. If the insurer doesn’t offer you a reasonable settlement, you can file a lawsuit and fight for compensation in court. In order to succeed, though, you must be able to prove the liability of the at-fault driver. One of the best tools available to prove your claim is the truck’s “black box” data recorder. Just as airplanes have carried black boxes on board for many years to shed light on the causes of plane crashes, most commercial trucks now also carry modern versions of the black box to record a range of information. Having access to that data can help you seek fair compensation if you’ve been injured in a commercial truck accident.

In the past, truck drivers kept handwritten logbooks documenting the hours and distances they drove in order to prove compliance with Federal Motor Carrier Safety Administration (FMCSA) regulations. Today, ELDs automatically keep track of the hours when a truck’s engine is running and how many miles the truck travels in a given time period. If the ELD shows that the driver spent more than the permissible number of hours behind the wheel without rest, that information could help you prove that driver fatigue was a factor in your accident.

An ECM is a system of sensors and computers that essentially run a truck’s engine, automatically keeping track of speed, engine temperature, exhaust emissions, tire pressure, fuel-to-oxygen ratio, and battery-related data. The ECM also controls anti-lock brakes, fuel injection systems, and transmission functions. It turns on the “check engine” light when there’s a problem with one of these systems and provides codes that enable a mechanic to diagnose and repair specific mechanical problems. If the ECM shows that equipment failure caused your wreck, the truck manufacturer, the trucking company, and other parties could bear partial responsibility for your crash.

An EDR records speed, sudden braking, use of the clutch, direction of wheels, seatbelt tensioner use, airbag deployment, and other information. When a truck is involved in an accident, the EDR provides objective data about what the driver was doing in the moments preceding the wreck. This information is extremely valuable in proving the trucker’s liability for a crash.

Some semi-trucks are also equipped with dashboard cameras that can record the road, the driver, or both in a loop that automatically erases itself unless something unusual happens. If the truck strikes an object or the driver hits the brakes hard for some reason, the dash cam will preserve the footage taken just before and just after that incident. If the camera footage shows the driver is drowsy, distracted, or perhaps drifting into adjacent lanes before the crash, you have evidence of negligence on the part of the at-fault trucker.

The data recorded by the devices described above is very valuable to you if you’re involved in an accident with a commercial truck. The data could show:

After the accident, however, this valuable recorded data will be in the possession of the trucking company, which is not likely to make it available to you willingly if it proves the trucker’s or the company’s liability.

The black box data might be automatically erased after 30 days or even sooner. It’s also possible the company could intentionally erase it to destroy evidence of fault in the crash. The best way to prevent the loss of this evidence is to contact a truck accident attorney as soon as possible after your wreck. Your attorney can send a preservation-of-evidence letter (sometimes called a spoliation letter) to the trucking company to advise them that the data is important evidence in an impending insurance claim or lawsuit and may not be erased or destroyed. Once it receives this notice, the trucking company must preserve the evidence or face legal consequences, so it’s very important to take action quickly. Most truck lawyers will evaluate your claim, explain your options, decide whether or not to represent you, and get started right away on your case, so you have much to gain and little to lose by contacting an attorney as soon as possible.

After examining the black box evidence, your attorney can file claims or lawsuits, if necessary, against all potential defendants in the accident. The trucker, the trucking company, a leasing agency, the truck manufacturer, a parts manufacturer, a repair service, or even cargo-loading personnel might bear partial responsibility for your damages. Each of these defendants could have a different insurer against which you may file a claim. The job of determining their respective percentages of fault, filing multiple insurance claims against them, negotiating for reasonable settlements, and filing more than one lawsuit if necessary is best left to an experienced truck accident lawyer while you focus on recovering from your injuries. Your attorney can also make sure you meet all the court’s requirements, deadlines, and evidentiary rules so that you don’t lose your chance for fair compensation because of a legal technicality.