How can I keep the trucking company from destroying evidence after a Florence, SC, truck crash? 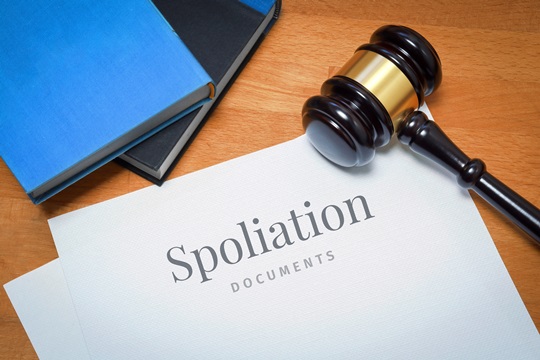 The best way to keep a trucking company from destroying evidence from a Florence truck accident in which you’ve been injured is to consult a truck accident attorney as soon as possible. If you’re hurt in a crash with a commercial truck, there could be more than one party legally responsible for your damages. The trucking company that employs the at-fault driver might also bear liability for your medical bills, property damage, lost income, and pain and suffering resulting from the wreck.

There is, as well, more evidence available to prove the liability of the at-fault parties in a truck wreck than you would find in a two-car crash. Unfortunately, most of that evidence is in the possession of the trucking company, which has every reason to withhold or destroy it to keep you from proving liability and filing a successful damage claim that will cost the company a lot of money. Your lawyer will know what steps to take in order to preserve and obtain such evidence.

Important Evidence in a Semi-Truck Crash

Trucking companies have a great deal of information that can be very helpful in proving the fault of the party or parties responsible for your accident, including:

Physical damage to the truck that hit you can provide strong evidence of liability. For this reason, the truck should be towed to a lot and left in its post-crash condition to preserve evidence. It should not be repaired quickly and returned to service.

Modern semi-trucks have on-board computers that store data, including the speeds at which the truck was driven, braking patterns, time on the road, and GPS coordinates.

If the truck has a dash camera, it could have footage of the accident taking place.

The driver’s logs should show whether the driver complied with FMCSA rules, including the number of consecutive hours a driver may travel without a rest break.

These records could show whether the driver has a clean driving record or a history of violations.

These might work in your favor if the company has a history of accidents.

The driver should be tested for substance use after the crash. If the test results show the influence of drugs or alcohol, they will be very helpful to your claim.

Records showing the truck did not receive proper and timely maintenance could work in your favor.

These show what cargo was being transported by the truck and could be used to prove it was overweight, which would make it harder to control.

Your attorney has the right to access all of this information on your behalf, but the first step in the process is to be sure the evidence is not lost or destroyed by the trucking company.

What Is a Spoliation Letter?

The Federal Motor Carrier Safety Administration (FMCSA) requires a trucking company to preserve and retain all evidence related to any damage claim against it for six months from the time the company receives notice of the claim. Your attorney will provide the company and its insurer such notice in the form of a spoliation letter, which demands that the company preserve any relevant documents and other evidence pertaining to your claim and make that evidence available to you, the plaintiff in the case.

After the company receives this notice, it may not legally destroy or withhold any evidence relevant to your claim. Doing so is not only a violation of FMCSA regulations; it is also a felony punishable by fines and possible incarceration of responsible parties. This is the reason you should consult a lawyer immediately after your accident—so that the spoliation letter can be sent before the company has a chance to destroy evidence that’s vital to your claim. If it does not comply and your case should go to trial, proof that the company destroyed relevant evidence is likely to work in your favor. The spoliation letter should include:

It’s also important to insist that the evidence be turned over in a timely fashion, so the company cannot drag the proceedings out past the six-month limit and then destroy the evidence legally.