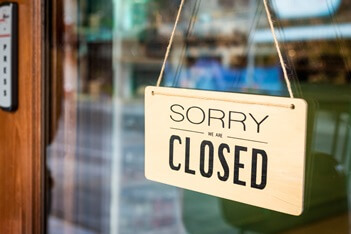 Despite the South Carolina Supreme Court’s pronouncement that there is an implied covenant of good faith and fair dealing in insurance contracts, many insurance companies do not act in good faith when it comes to paying accident claims, especially those involving truck crashes. Although their advertisements promise care, concern, and protection for their customers in the event of an accident, vehicle insurers are in business to earn profits for their shareholders.

This means they want to collect all the money they can in premiums and pay out as little as possible in claims.

The Insurer’s Reasons for Delaying Your Claim

Claims for truck crashes, which often result in high medical bills, major property damage, and significant lost income due to time off work for injured victims, are among the most expensive for an insurance company to pay. Although state law requires that such insurance claims be handled in a prompt and reasonable amount of time, many insurers are highly skilled in delay tactics. The longer an insurer can put off paying an expensive truck crash claim, the more time it has to look for ways to dispute, devalue, or deny that claim in order to save money for the company.

If the insurer can delay resolving your claim until the statute of limitations has expired, you will lose your right to file a lawsuit, give up important leverage in your negotiations, and be compelled to accept an unfairly low settlement offer.

In South Carolina, being found partially at fault for your accident reduces your award according to the percentage of your fault. If, for example, you’re found 25% at fault, you will receive only 75% of the damages awarded by the court. If your fault is equal to or greather than that of the driver who hit you, you will receive no compensation at all. Delaying the payment of your claim gives the insurer time to cook up theories of negligence and partial responsibility on your part in hopes of saving money.

Assumption of risk on your part can work against your claim for damages in a truck crash. If your accident occurred in inclement weather, for example, the insurance company might claim you “assumed the risk” of an accident by being on the road during heavy rain or a snowstorm that caused dangerous driving conditions.

Using Your Own Words Against You

The longer the insurer can delay your claim, the more times you will have to discuss your wreck with an insurance adjuster, and the more likely you are to say something that can be taken out of context and used as evidence that you’re partially responsible. For this reason, you should never give a recorded statement about your crash to an adjuster. It’s best to refer all communication from the insurer to your attorney so that you don’t inadvertently say something to hurt your claim.

Like airplanes, commercial trucks generally have onboard “black box” data recorders, dashboard cameras, and other recording devices that store data such as speed, use of brakes, length of time behind the wheel, and other evidence that can be very helpful in proving the liability of the at-fault trucker.

Because such data is in the possession of the trucking company and often erased at monthly intervals, a delay in resolving your case gives the trucking company time to dispose of any damaging evidence that might support your claim. This is one more reason why it’s important to work with a truck accident lawyer who can serve the company with a spoliation letter demanding that all relevant black box data be preserved.

Looking for an Exclusion

Delaying payment of your claim also gives the insurance company’s investigator time to turn up some detail of the wreck that can be interpreted as an exclusion to coverage according to the language of the relevant policy.

Time Is on Their Side

Over time, as you begin to recover from your injuries, the insurer can claim that you were not as severely hurt in the wreck as you say you were. If the insurance company delays your claim long enough, you might simply get tired of fighting and give up pursuing the claim.

The Insurer’s Ways of Delaying Your Claim

The many tactics used by insurers to delay payment of truck accident claims might include:

Fighting successfully against these delay tactics while you are trying to recover from injuries and your medical bills are piling up is more than the average person can be expected to do. An experienced truck accident attorney knows how to counter the insurer’s delay tactics in order to resolve your claim in a timely fashion.

How Your Attorney Can Fight Insurer Delay

There are several ways in which your lawyer can take the burden off you and deal with an insurance company that is dragging its feet in regard to your claim, including:

Because there are often multiple defendants who share liability for a truck crash, more than one insurance company might be causing the delay in resolving your claim. Your attorney can address these issues with the insurers of the truck driver, the trucking company, the truck owner or a leasing agency, the truck manufacturer, a replacement parts manufacturer, a mechanic or repair service, or cargo loading personnel.

Are You Experiencing a Delay in Resolving a Truck Accident Claim in South Carolina?

If you or a loved one was injured in a commercial truck accident in South Carolina, you should speak with a truck accident lawyer as soon as possible. Contact us online or call our Charleston, South Carolina office directly at 843.488.2359 to schedule your consultation. We are also able to meet clients at our Conway, Myrtle Beach, Murrells Inlet, Mt. Pleasant, North Myrtle Beach or North Charleston office locations.