If you’re injured in a Charleston car accident caused by another motorist, you have the right to file a claim against the at-fault driver’s insurance company for your damages. If the insurance company denies your claim or offers you an unfairly low settlement, you may file a personal injury lawsuit against the driver who injured you. In either case, the official police report will prove valuable in helping you to receive compensation for your medical expenses, lost wages, and pain and suffering. 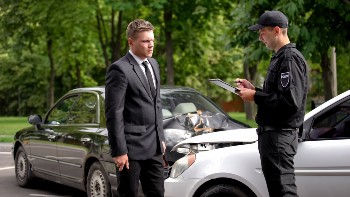 Meeting Your Burden of Proof

As the injured party (or plaintiff in a personal injury suit), you have what is called the burden of proof. In order to receive fair compensation for your damages, you must prove that the other driver was negligent. This means that:

In order to meet your burden of proof, you have to show evidence of the other driver’s fault. The police report helps you accomplish this, along with evidence such as:

South Carolina law requires any driver involved in an accident causing bodily injury or death to stay at the scene, call 911, and report the accident to the police, who will come to the scene and fill out a form FR-10 from the SC Department of Motor Vehicles (DMV). The completed form serves as an impartial third-party narrative of how the crash occurred and includes the following information:

If the officer finds that either driver has violated the law, that driver could be cited or arrested at the scene. Even if your accident is minor, with no bodily injury or death, it’s still a good idea to call the police and get an official report, which will help you prove your insurance claim for the damage to your vehicle. If you’re interviewed by the police, you should:

The form FR-10 must be submitted to your insurance company immediately after your accident, but it is not the official police report of your crash. For a small fee, you can request and obtain a form FR-50, which is the official accident report, from the DMV or from the law enforcement agency that responded to the accident and completed the FR-10. Your attorney can also help you to get a copy of the official report and go over it with you to verify the information is all correct.

While the police report is not actually admissible evidence in a personal injury case, it is an important tool in proving your claim against the liable motorist. Your lawyer will be able to identify and address any discrepancies, omissions, or misinformation in the report.

The report also gives the insurance company an idea of how strong your claim against its policyholder is and affects the settlement you’re offered. The company’s adjusters and attorneys know, if your case goes to court and the responding officer testifies, the details from the report can be cited as part of the testimony to prove the liability of the at-fault driver. If the report states that the at-fault driver was cited or arrested for a violation of traffic laws, that information:

If your accident results in neither physical injury nor death, you’re not required to call the police. You are, however, required to complete form FR-309 and self-report the crash to the DMV within 15 days if the wreck caused property damage of $1,000 or more.

Creating Your Own Report Following A Charleston Car Accident

Even when there is an official police report, it’s still a good idea to make your own detailed report of the accident while it’s fresh in your mind. If there’s an important discrepancy between your report and the official report, your attorney can investigate to correct misinformation, which sometimes does find its way into police reports. Your self-report should include all the information listed above, as well as details about your injuries, pain and suffering, diagnosis, prognosis, and medical treatment (with documentation).