If you’re injured by a negligent driver in a Charleston car accident, South Carolina law allows you to file a claim against the at-fault driver’s insurance company for your damages: 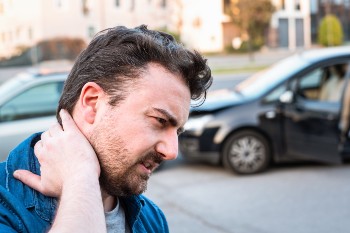 Some claims resulting from minor accidents and injuries can be handled without an attorney. If, however, your accident was serious and caused severe injuries, your claim for damages is likely to be an expensive one for the insurance company. Its adjusters will probably try to dispute your claim and/or offer you a quick settlement that’s far too low to account for your expenses. In such a case, it’s a good idea to consult a lawyer as soon as possible. The steps of the settlement process are outlined below.

Your Medical Treatment and Recovery

Recovering from your injuries is your first priority, just as getting you fair compensation is your lawyer’s first priority. Your attorney will probably want to wait until your doctor feels you’ve reached maximum medical improvement (MMI) before filing your claim. The settlement you’ll demand depends not only on your damages since the time of your accident; it also depends on damages you might suffer in the future:

While you’re working toward MMI, your attorney will take the following steps to secure fair compensation for your damages.

In most cases, your lawyer obtains copies of the at-fault driver’s insurance policy limits and files a claim on your behalf against the insurance company. It’s possible that a claim might also be filed against:

An attorney will oversee a full-scale investigation of your case by:

Once you’ve reached MMI, your attorney can put a dollar amount on your damages and send the insurance company a demand letter with the specifics of your claim. The demand letter will:

An insurance company does not stay in business by simply giving claimants the settlements they want. It will generally respond with an offer lower than your demand. Its adjusters and lawyers are paid to dispute and deny claims, especially those for serious long-term injuries or disabilities, which are costly. Only an experienced personal injury attorney knows how to stand up to these well-trained negotiators by:

If the insurance company still does not offer a fair settlement, mediation might be necessary. A neutral, third-party mediator could be called in to bring the two parties closer to an agreement on an acceptable award.

If negotiation and/or mediation results in an offer that your lawyer feels is acceptable, you’ll have the opportunity to look at it closely and ask questions. If you and your attorney agree that the award offered is reasonable, you will accept the offer and sign a release form stating that you won’t seek any more compensation for your accident.

The insurance company will process your check and send it to your attorney, who will deduct the fees and other costs you’ve agreed to and forward the remaining money to you.

If neither negotiation nor mediation results in the offer of an acceptable award, your attorney can file a lawsuit against the insurance company. This does not necessarily mean that your case will go to court. When the insurance company receives notice of the suit, it might offer you a settlement in order to save the expense of a trial.

If a trial does begin, your case still might be settled before the trial concludes. Many car accident cases are settled out of court at some point in the process described above. It’s important to remember that:

How Long Will it Take?

A Charleston car accident case could be resolved in a matter of months, but some cases do drag on longer, depending on:

Whether you settle or go to trial.

An out-of-court settlement is faster, less expensive, and less stressful for all concerned.

If the negligent driver’s fault is clear, obtaining a settlement is typcially faster than when fault is disputed.

Evaluation of your damages.

Some damages are easily calculated, while others might require extensive negotiation.