Accidents Between Bicycles and Motor Vehicles in South Carolina 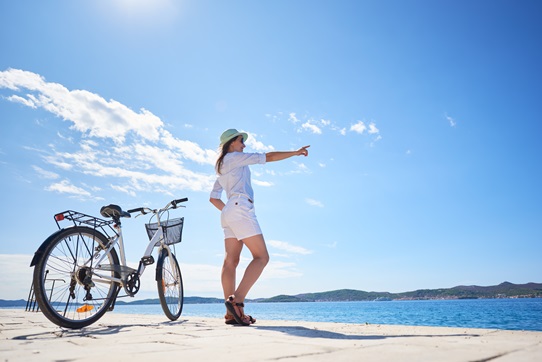 In South Carolina, bicycles are considered vehicles, so cyclists have the same rights and responsibilities as motorists. Both must obey traffic signals, signal their turns, and ride in the same direction as other traffic. Both have a duty to operate safely and not to endanger other vehicles. Because cars far outnumber bikes on the road, however, most drivers focus their attention on other cars or trucks and often don’t pay much attention to cyclists. A certain number of accidents between the two are therefore inevitable.

The differences in size, weight, and speed between a bike and a car, as well as the lack of protection for the cyclist, mean that the cyclist almost always suffers more property damage and more serious injury in a crash than the motorist does. Unfortunately, many bike accidents are fatal, and traffic deaths among bicyclists have been increasing across the U.S. for the past decade. South Carolina is one of the most dangerous states for bike riders, with a rate of cycling deaths higher than that of most other states.

Where there is a bike lane, cyclists must use it, and cars may not. Where there is no bike lane, cyclists must stay as far as possible to the right. Motorists must allow bicycles at least three feet of clearance and pass them with caution. No one on the road may taunt, harass, or throw anything at a bicycle rider. South Carolina cyclists are not required to wear helmets, which can provide protection against traumatic brain injury (TBI) but provide no protection against other potential injuries like spinal cord damage, paralysis, lacerations, broken bones, nerve damage, muscle strains, joint sprains, organ damage, and whiplash.

The causes of crashes between bicycles and motor vehicles include:

A motorist parked on the street opens a door without checking mirrors or blind spots and hits a passing cyclist.

A driver using a phone, eating, drinking, or checking a GPS device fails to see a bike on the road and strikes it.

A driver impaired by alcohol or drugs hits a bike due to reduced vision and slowed reaction time.

A motorist fails to wait for a bicycle entering an intersection, turns left in front of the bike, and causes a wreck.

A car passes a bike on the left and then makes a right turn in front of the bike, causing a collision.

A driver following a bicycle too closely on the street rear-ends the bike.

A motorist fails to make driving adjustments for ice, snow, rain, or bad roads and causes a crash.

A driver attempting to pass a bike misjudges the clearance and hits the bike on its side.

A car with faulty brakes or steering collides with a bicycle traveling nearby.

A motorist traveling over the speed limit or too fast for road conditions fails to slow down or stop at an intersection where a bike is crossing legally.

A driver pulls out of a driveway or parking space and hits a passing bike.

According to the South Carolina Department of Public Safety (SCDPS), motorists are at fault for the majority of car-bicycle accidents. If you’ve been injured on your bike by a negligent motorist, you may be entitled to file a claim against that driver’s insurer for your property damage, medical bills, lost wages, and pain and suffering.

How an Attorney Can Help You

Because bicycle accidents often lead to severe injuries for bike riders, your claim against the at-fault driver’s insurance company could be an expensive one with high medical bills and perhaps long-term disability care. Expensive claims may be disputed or denied by insurers in an effort to save money for the company. A lawyer can help investigate your crash thoroughly to prove the at-fault driver’s liability, call in expert witnesses or an accident reconstructionist, obtain video footage of your accident from nearby cameras, interview witnesses to the wreck, examine the police report of your accident for inaccuracies, organize and present your medical evidence persuasively, evaluate your claim to make a reasonable demand, negotiate to get a fair settlement, and file a lawsuit if you’re not offered satisfactory compensation.

How You Can Help Your Attorney

If you’re physically capable of doing so, you should take the following steps immediately after a bike accident:

Doing all of the above puts you and your attorney in the best possible position to obtain fair compensation for your damages from the at-fault driver.

Have You Suffered A Personal Injury Due To The Neglect Of Others?

If you've been injured due to the negligence of others you should speak with a personal injury lawyer as soon as possible. Contact us online or call our Charleston, South Carolina office directly at 843.488.2359 to schedule your consultation. We are also able to meet clients at our Conway, Myrtle Beach, Murrells Inlet, Mt. Pleasant, North Myrtle Beach or North Charleston office locations.