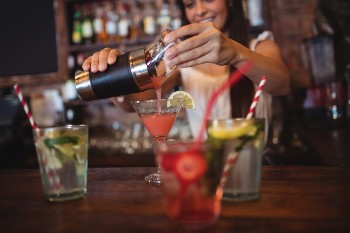 There is no doubt that the person who gets behind the wheel of a vehicle when they are intoxicated and causes an accident that leaves people injured—or worse—should be made to pay for the damage they have done. As lawyers who represent injured victims throughout South Carolina, we are committed to holding drunk drivers accountable for their actions. However, we also know that we won't be able to get more from them than what they carry in liability auto insurance—which is often no more than the state minimum of $25,000.

But what if another party is responsible for allowing the driver to get drunk in the first place? In South Carolina, bars and restaurants can be held liable if they knowingly serve a patron too much alcohol. And most of these establishments are required by state law to carry $1 million in liability insurance for just such a purpose. If you were injured or a loved one was killed by a driver who got drunk in a bar, our team will work to use dram shop liability to get you fair compensation.

The term "dram shop" dates back to 18th century England and refers to an establishment that serves alcohol. Today in the US, the term is used in legal codes to describe laws that hold people or businesses liable for knowingly serving alcohol to someone under the age of 21 or someone who is already intoxicated.

To prove these three key elements in a dram shop liability case, your lawyer will work to gather strong evidence of each.

Evidence That Can Support a Dram Shop Liability Claim

The first element of the claim—the driver's intoxication being the cause of the crash and the crash being the cause of the injuries or fatality—can be proven by the driver's arrest for Driving Under the Influence and police reports revealing the details of the crash. This same evidence will be used to support your claim or lawsuit with the drunk driver's insurance company. To prove the next two elements, however, your lawyer will need to gather a wider range of evidence.

The key to establishing dram shop liability is reconstructing the driver's evening. Obtaining receipts from all of the establishments visited by the drunk driver will provide a timeline for where they were each hour, how much alcohol they were served at each location, how much food was in their system, and how much time elapsed between servings of alcohol.

People out partying rarely miss an opportunity to share their escapades on social media these days. Photos and posts from the driver themselves or from friends or other bar patrons could show evidence of obvious intoxication that can be used in court.

Talking to other patrons at the bar, including any companions of the drunk driver, can provide evidence that the driver was visibly intoxicated while they were being served more drinks. Loud or slurred speech, unsteady walking, stumbling, provoking other patrons, and other obvious behaviors should be taken by bar staff as clear indicators of intoxication. Witnesses can also provide information about how much alcohol the driver was served.

Even better than eyewitness testimony is video footage from inside the bar or even from a street camera documenting the driver's entrance and exit and whether they appeared drunk at either time.

It will be important to talk to the staff about their memories of the evening. While the bartenders or servers who waited on the drunk driver will likely deny that they knew the customer was intoxicated, other staff members might contradict their statements.

If the driver was under the age of 21, your lawyer only has to prove that they were served alcohol without being properly ID'd. Even if they had a good fake ID, the bar could be held liable for accepting it.

Driver's BAC at Time of Crash

Even if key pieces of evidence are missing, an experienced dram shop liability lawyer can present a strong case based on the driver's BAC at the time of the crash. For example, if their BAC is over .20 at the time of the crash and they were at a bar shortly before, it can be concluded that they would have been exhibiting clear symptoms of intoxication at the bar. If no attempt was made by staff to take away the patron's keys or find alternative transportation for them, they could be found liable.

Multiple Parties Can Be Held Accountable

Even if the drunk driver's insurance company pays out the full value of their policy, you may still be able to hold other liable parties accountable—including bars that served the driver the alcohol. In fact, because South Carolina's modified joint-and-several liability system does not apply to conduct involving alcohol, a plaintiff could collect 100 percent of the damages from an alcohol-serving establishment, even if they were only found to be 1 percent liable. These are difficult cases, so it is vital that you seek the help of an experienced dram shop liability attorney.

Have You Been Injured in a South Carolina DUI Accident?

If you've been injured in a car accident, you should speak with a car accident lawyer as soon as possible. Contact us online or call our Charleston, South Carolina office directly at 843.488.2359 to schedule your consultation. We are also able to meet clients at our Conway, Myrtle Beach, Murrells Inlet, Mt. Pleasant, North Myrtle Beach, or North Charleston office locations.