South Carolina has clearly written laws against leaving the scene of a vehicle accident. Any driver involved in a car wreck is required to: 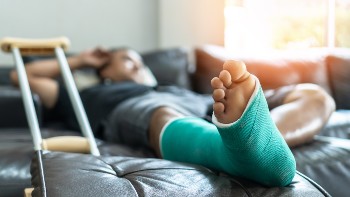 Failure to do so at the scene of any crash is a misdemeanor. Leaving the scene of an accident that has caused severe bodily injury or death is a felony.

Despite strict state laws like ours, hit-and-run accidents take place at a rate of more than one per minute across the country. Every day, approximately four people die and thousands of others are hurt in hit-and-run crashes.

Why Drivers Leave the Scene Following A Car Accident

Even though leaving the scene of an accident is punishable by fines or jail time in South Carolina, hit-and-run drivers generally leave the scene because they fear police contact for a number of reasons:

Under normal circumstances, if you’re the victim in a crash caused by a negligent driver, the exchange of information required by law enables you to file a claim against that driver’s insurance company for your damages:

In a hit-and-run accident, however, you’re left with damages and no knowledge of who’s responsible unless you’ve managed to get the at-fault driver’s license plate number or some other identifying information. You could have vehicle repair bills and medical expenses piling up with no idea of who should pay your damages.

If the hit-and-run driver is eventually caught and has insurance, you can file an insurance claim as usual, but you have no way of knowing if or when that might happen. Meanwhile, there are steps you can take to get compensation from other sources. These steps can be legally complicated and an attorney may be able to help you better navigate these steps.

You may file a claim with your own insurance company, and your uninsured motorist (UM) or underinsured motorist (UIM) coverage should compensate you for damages up to your coverage limits. When you file, however, your own insurer might become your adversary and try to dispute or deny your claim, especially if it’s an expensive one. Your attorney should know how to negotiate on your behalf with your insurance carrier and work to get you fair compensation.

If you happen to be skateboarding, cycling, or walking when you’re injured by a hit-and-run driver, you might be able to file a claim with your own health insurance company.

If the at-fault driver is eventually apprehended and has no insurance or coverage limits too low to cover all your damages, your attorney may file a personal injury lawsuit against that driver directly. If your suit is successful and you collect full damages, your auto and/or health insurer could have a subrogation claim against your settlement. That means you might have to pay back some of the compensation you received from either or both of them before your civil suit. Your attorney can help you negotiate a reasonable subrogation amount.

In order to get the facts and evidence on record while your memory of the wreck is fresh, you may file a John/Jane Doe lawsuit against the unknown hit-and-run driver before that driver is apprehended as long as:

If you can do so safely and are physically able, take the steps below after a hit-and-run crash to strengthen and protect your claim for damages:

Seek medical attention right away even if you don’t feel you’re seriously hurt. Some internal injuries might not be immediately apparent to you. A doctor’s exam, X-rays, and other diagnostic procedures could show hidden damage to your body. Early diagnosis and treatment lead to quicker healing. Visiting a doctor right away also gives you documentation of the injuries you’ve suffered in the accident. This documentation is crucial to your insurance claim/lawsuit.