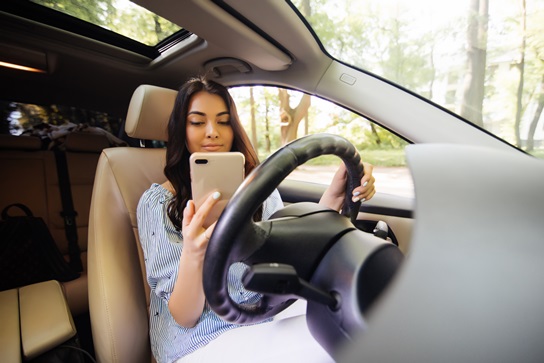 While fewer than seven percent of South Carolina drivers are teenagers, they cause significantly more than seven percent of the state’s auto accidents. This disproportionate statistic is no surprise. Beginners learning any new skill are likely to make errors in the process of improving their ability. When that new skill is driving, however, a novice’s mistakes can be serious and costly.

According to the Centers for Disease Control and Prevention (CDC), more than one-third of teen deaths in the U.S. result from car wrecks, and the likelihood of a teen driver dying in a fatal auto accident is four times as great as that of an older driver. Unfortunately, when a teen driver causes a crash, the victims in the other vehicle(s) suffer injuries and death, as well. The cost of property damage, lost income, and medical expenses resulting from crashes caused by teen drivers is estimated at nearly $15 billion annually.

The South Carolina Department of Insurance (SCDOI) reports that there are more than 6,000 accidents per year involving teenage drivers. The CDC lists common reasons for such vehicle crashes:

Using a cell phone, adjusting a radio, checking a GPS device, applying makeup, and other similar activities can take a teen driver’s attention away from the road and lead to an accident.

A teen is most likely to cause a wreck during the first year of driving, especially when roads are bad or the weather is inclement.

Friends in the car.

Other teenagers in the car increase the danger of a crash due to talking, blocking sightlines, and sometimes encouraging speeding or other unsafe practices. South Carolina drivers under 17 with conditional licenses may have no more than two underage passengers in the car unless they’re on the way to school or accompanied by a fully licensed driver.

Teen drivers are more likely to be involved in accidents at night. A conditionally licensed South Carolina driver must have a fully licensed driver in the car after dark.

Experimentation with alcohol and drugs begins in the teenage years for many young people and is often a factor in teen-caused crashes. The National Highway Traffic Safety Administration reports that 31% of fatal crashes caused by teens involve the illegal consumption of alcohol.

Failure to use seatbelts can result in severe injury, even in a minor accident. Teens are not always as conscientious about seatbelts as adults are.

In an attempt to reduce accidents among young drivers, the South Carolina Department of Motor Vehicles (SCDMV) has developed a graduated license program with special driving restrictions for those aged 15 to 17.

Seeking Compensation for Damages From a Teen At-Fault Driver

Even with the graduated license program in place, the risk of causing an accident is significantly higher for a teen behind the wheel in South Carolina than it is for an experienced adult. If you’re involved in an accident caused by a teenage driver, you’re entitled to file a claim with that driver’s insurance company for your damages. The teen driver might have an individual policy, but many teens are covered by their parents’ insurance. In either case, the insurer is responsible for your medical bills, property damage, lost income, and pain and suffering.

If your injuries are serious and your medical bills high, the teen driver’s insurer is likely to dispute your claim or offer you a quick, low settlement that might not cover your expenses and could leave you owing money for hospital bills and auto repair. You should not accept any such offer, especially before you know what your total medical expenses will be. An experienced car accident lawyer can help you in a number of ways:

If your injuries are serious and your medical bills high, it’s possible that the at-fault teen driver’s coverage limits might not be sufficient to pay your damages. It’s even possible that the teen driver might have no insurance at all. In such a case, you could file an uninsured or underinsured motorist (UM or UIM) claim with your own insurance company to seek sufficient compensation for your damages. Your attorney can guide you through this process.

South Carolina dram shop laws regulate the sale of alcohol throughout the state and hold bars, restaurants, and social hosts responsible for serving alcohol to an intoxicated driver or anyone underage who then causes an accident while under the influence. If the teen driver who injured you was served alcohol in a drinking establishment or by a social host, the party who served the alcohol could be partially responsible for your damages and provide a source of additional compensation. Another such source might be the employer of a teen who was driving for work purposes (delivering pizzas, for example) when the crash occurred. You could have a claim against the driver’s employer. An experienced attorney will understand South Carolina dram shop laws and knows how to pursue claims against multiple defendants.

If you've been injured in a car accident you should speak with a car accident lawyer as soon as possible. Contact us online or call our Charleston, South Carolina office directly at 843.488.2359 to schedule your consultation. We are also able to meet clients at our Conway, Florence, Myrtle Beach, Murrells Inlet, Mt. Pleasant, North Myrtle Beach or North Charleston office locations.