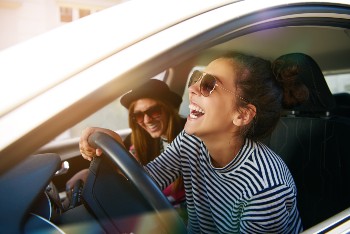 Every motorist in South Carolina has a duty to drive safely and obey traffic laws so as not to endanger other drivers on the road. A breach of that duty can constitute negligence. If you’re injured in a car accident caused by the negligence of someone else, the at-fault driver of the other car is generally liable for your:

You may be entitled to file an insurance claim or personal injury lawsuit against that driver to collect compensation for your damages.

In some cases, though, an unruly passenger in the at-fault vehicle might distract the driver, interfere with the safe operation of the car, and be fully or partially responsible for the accident that injures you. According to National Highway Traffic Safety Administration (NHTSA), seven percent of distracted driving accidents occur when passengers are interacting with drivers.

In most cases, passengers who contribute to an accident are under the influence of drugs or alcohol. However, when passenger-driver interaction causes a wreck, proving liability and collecting fair compensation for damages can be difficult. Having the assistance of an experienced personal injury attorney can be essential.

Some examples of impaired passenger behaviors that might distract a driver from the safe operation of a vehicle include:

When an impaired and unruly passenger displays any such distracting behavior, the driver has a duty to pull off the road and stop the car until it can be driven safely. There are, however, some cases in which stopping might not be an option:

As long as the vehicle is moving, the driver has a responsibility to ignore the passenger’s distracting behavior and operate safely. Failure to do so is negligence. Some of the passenger behaviors listed above, however, could be impossible to ignore.

If an accident results, determining liability for damages is a complicated process since only the people in the car know what really happened. The driver might blame the passenger, and the passenger might blame the driver. Sorting out who is responsible and to what extent requires the services of an experienced attorney.

How Comparative Negligence Affects Your Claim

South Carolina follows a comparative negligence rule in personal injury cases. This means that different percentages of fault for an accident can be assigned to different people involved, and anyone injured in the accident might be able to collect damages from more than one party:

The Importance of Having an Attorney

Some of the ways a lawyer can assist in such a case include:

How to Help Your Attorney Help You

There are several steps you can take at the scene of the accident to strengthen and protect your claim. If you’re physically able to do so, you should: