What should I do if a speeding trucker caused my Florence, SC, truck accident? 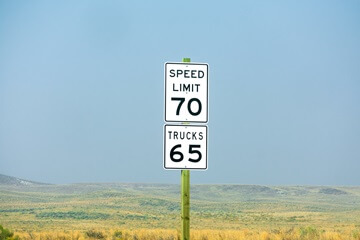 There are several steps you should take in the aftermath of your Florence truck crash to strengthen your claim for damages against the at-fault party. If your accident was caused by a negligent truck driver, you’re entitled to compensation for your resulting medical expenses, property damage, lost income, and pain and suffering, but you must be proactive throughout the claims process if you hope to receive a fair settlement.

The Danger of a Speeding Tractor-Trailer

A fully loaded tractor-trailer can weigh up to 80,000 pounds, whereas a passenger car or SUV weighs in at 4,000-5,000 pounds. An accident between the two, even when the truck is traveling at or below the speed limit, can have disastrous results for the occupants of the smaller vehicle. If the truck’s speed is higher than the speed limit or too fast for road conditions, the danger of catastrophic injury or death for the occupants of the smaller car is significantly increased.

An 18-wheeler traveling at legal highway speed needs more time and distance to stop than a car traveling at the same speed. If the truck is speeding, its stopping time and distance are even greater than usual. This means the speeding truck could easily rear-end a vehicle ahead that stops or slows down suddenly. The truck might also have difficulty stopping quickly if there is an animal or debris on the road. If the truck can’t stop in time to avoid striking an object, a multi-car pile-up could result.

A speeding semi-truck is more apt to roll over when rounding a tight curve or making a sharp turn than a truck driving at a reasonable speed is.

The faster a truck travels, the more likely its cargo is to shift due to vibrations along the length of the truck and jolting over bumps in the road. Shifting or unbalanced cargo can make a truck harder to handle, sometimes causing a trailer to jackknife or causing the entire truck to roll over.

Reasons for a truck driver to speed include:

Truckers are often under pressure to meet tight delivery deadlines. In some cases, they’re offered financial incentives for delivering on time. A trucker who’s been delayed by weather, traffic, or some other issue might be speeding to meet a deadline and perhaps receive a bonus for doing so.

Deadline pressure might also cause a trucker to put in more consecutive hours behind the wheel than federal regulations permit. A driver who is fatigued or drowsy from driving too many miles in a row might not pay close attention to the speed of the truck.

A trucker who’s eating, drinking, smoking, talking on the phone, adjusting a radio, or checking a GPS device might not pay enough attention to the truck’s speedometer to realize how fast the big rig is traveling.

If a truck driver who’s speeding for any of the above reasons causes a crash in which you’re injured, your first step toward fair compensation is filing a claim against the insurer(s) of one or more of the following potentially liable parties:

To file a successful claim or to bring a lawsuit if you’re not offered a reasonable award, you must prove the trucker was negligently violating the law by driving too fast. The insurance company is likely to dispute your claim, especially if you have serious injuries and high medical expenses, but an experienced lawyer can help you prove liability and demand a fair settlement.

How Your Attorney Can Help

Your lawyer can work to strengthen your insurance claim or help you bring a lawsuit if you have to go to court by doing the following if necessary: