Does South Carolina have a dram shop law? 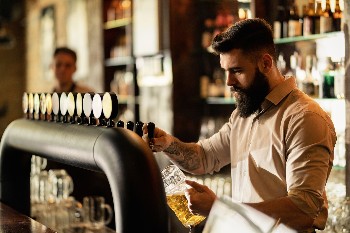 While South Carolina does not have a specific dram shop act, it is still possible to hold establishments liable for injuries and deaths caused by patrons to whom they negligently served or sold alcohol. These kinds of personal injury or premises liability claims are often referred to as dram shop claims, even though they are technically pursued through other legal means. We explain how dram shop and liquor liability claims work in South Carolina to help those who have been injured or killed by a drunk driver who was negligently served in a bar or restaurant.

What Does South Carolina Law Prohibit?

South Carolina's criminal code prohibits the sale of alcohol to persons under the age of 21 and also prohibits the sale of alcohol to intoxicated persons. This applies to bars, restaurants, pubs, convenience stores, and any other establishment that sells alcohol—either in open or closed containers. In addition, holders of South Carolina liquor licenses are bound by laws that prohibit the following:

Not checking photo IDs or failing to recognize a fake ID is a liquor license violation.

Employees under the age of 18 and, in some cases, those who have not been properly trained, cannot serve alcohol.

Serving Patrons Who Are Visibly Intoxicated

Bartenders and waitstaff that serve customers who are clearly drunk are violating the terms of their license and breaking state law.

Serving Outside of Legal Hours or Areas

Liquor licenses specify where on the premises alcohol can be served and consumed and during what hours. If a business violates those rules, it could lose its license.

What Happens If a Violation Results in a Drunk Driving Accident?

If a bar or liquor store breaks state law or violates the terms of their liquor license in serving a patron who then goes on to cause a drunk driving accident, the South Carolina Supreme Court has consistently upheld that they are liable for the damages the driver causes under our common law of negligence. In other words, drunk driving victims can seek compensation from the establishments that were negligent in the way they served alcohol to the driver. These are complicated cases, and you will need an experienced liquor liability lawyer on your team. Derrick Law Firm Injury Lawyers represents victims of drunk driving accidents in Myrtle Beach, Charleston, and across the state.

Why Would You Need to Go After a Bar?

Most of us don't see ourselves as vengeful or litigious people. If we are injured, or a loved one is killed in a drunk driving crash, we might want to see the drunk driver held accountable, but it might seem like too much to go after the bar or social host that served alcohol to the driver. However, a serious drunk driving crash can lead to life-long disabilities and even death. If you are facing a long road to recovery or you lost a loved one who was the primary wage-earner for your family, you will need significant compensation to have any hope of regaining your old life after a drunk driving crash.

Most people only carry the state minimum of $25,000 in liability insurance on their cars, so if your only option for compensation is the drunk driver, you will not get nearly the settlement you will need. However, establishments that serve alcohol in South Carolina are required to carry $1 million in liability insurance. This is not about being litigious. It's about holding everyone who contributed to the crash that changed your life accountable for their negligence.

Have You Been Injured in a South Carolina DUI Accident?

If you've been injured in a car accident, you should speak with a car accident lawyer as soon as possible. Contact us online or call our Charleston, South Carolina office directly at 843.488.2359 to schedule your consultation. We are also able to meet clients at our Conway, Myrtle Beach, Murrells Inlet, Mt. Pleasant, North Myrtle Beach, Florence or North Charleston office locations.