More than 2,300 motorcycle crashes occurred in South Carolina in 2017. Motorcyclists face a number of risks on the road, and while many injuries and deaths each year are the result of a collision with another vehicle, open-door accidents also pose a serious threat to the safety of motorcyclists. 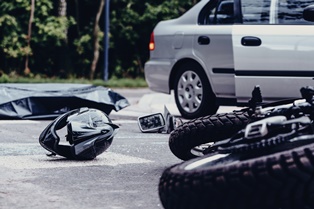 What Is an Open-Door Motorcycle Accident?

An open-door accident occurs when a driver or passenger of a car opens the vehicle door and strikes a motorcyclist just as he is passing by. Most often, this type of accident occurs in urban areas where there is heavy traffic and a good deal of street parking.

The Dangers of a Myrtle Beach Open-Door Accident

While an open-door accident might be shown as a funny physical comedy bit in a movie, when it occurs in real life, it can have devastating consequences. Motorcyclists can suffer significant injuries or even death when they:

Hitting the vehicle itself can cause any number of injuries. However, motorcyclists are often thrown from the bike when they strike the door, and this can cause more serious injuries. Riders can suffer broken bones, traumatic brain injury, and spine injuries.

Swerve To Avoid the Door

Even if the motorcyclist can spot the opening door and has enough time to react, attempting to swerve out of the way can be even more dangerous. Swerving into other lanes of traffic can result in a serious crash. Swerving can also make the bike tip over and skid, which can cause lacerations, burns, broken bones, and brain injury.

A motorcycle crash can occur in any number of situations, but there are circumstances in which the risk of an open-door crash is heightened. These include:

In many situations, there is ample room for car occupants to open their doors away from the roadway. However, when vehicles park illegally, such as double parking or parking in an area not meant for parking, they can interfere with traffic.

Free Report: The Truth About Your South Carolina Injury Claim

Motorcyclists often ride close to the curb, especially when making a right turn. When a vehicle occupant sitting on the roadside opens a door, a crash can occur.

The design of some roadways may make it impossible for both the motorcyclist and the car occupant to spot each other. Additionally, roadway defects, such as uneven surfaces, can force motorcyclists to make maneuvers that put them in the path of an open car door.

Simply not paying attention causes many open-door crashes. While vehicle occupants should check their surroundings before exiting their cars, this does not always happen. Safety advocates, including a recent campaign from the New York City Department of Transportation, encourage vehicle occupants to employ the “Dutch reach.” This asks drivers to use their far hand to open the door, which forces the body to turn toward the road, where they can spot an oncoming cyclist.

Fault in an Open-Door Crash in South Carolina

The question of liability in an open-door crash can be complex. It may seem obvious that the person who opens the car door is responsible for the accident, but that’s not always true. First, motorcyclists are required to follow the same rules of the road as other vehicles. If the motorcyclist was violating any laws, he may be liable and find it more difficult to obtain compensation. For example, lane splitting is illegal in South Carolina. A motorcyclist who is doored while lane splitting may share some of the fault. Second, it may be the case that another driver on the road played a role in the accident. If the motorcyclist is forced off the road or has to swerve toward the open door to avoid a more serious crash, a third party could also share some of the responsibility for the accident.

Additionally, there is a general bias against motorcyclists, and this can make a legal claim more complicated. Law enforcement who respond to the scene, witnesses, insurance adjusters, and others may unfairly assume the motorcyclist was behaving recklessly, and injury victims may need help overcoming these assumptions.

Have You Been Injured In A South Carolina Motorcycle Accident?

If you've been injured in motorcycle accident you need to speak with an experienced motorcycle accident attorney as soon as possible. Please contact us online or call our Conway, South Carolina office directly at 843.248.7486 to schedule your consultation. We are also able to meet clients at our Myrtle Beach, Murrells Inlet, Mt. Pleasant, North Myrtle Beach or North Charleston office locations.