I was hurt in a Charleston car accident but wasn’t wearing a seat belt. Do I still have a claim?

Yes, you might have a claim. In South Carolina, the driver and all passengers in a moving motor vehicle are required to wear seat belts. Furthermore, the driver of a car is responsible for seeing that every passenger 17 or younger without a driver’s license/permit is protected by a fastened safety belt (or a car seat for small children). There are, however, some exceptions to this rule. The seat belt law does not apply to drivers or passengers who are: 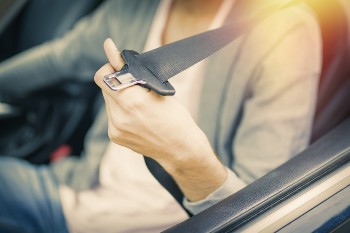 In some states, failure to wear a seat belt as required by law is considered comparative negligence and can reduce your award or bar your claim for damages against the at-fault driver who injured you. South Carolina, however, is not one of those states.

Although we follow a modified comparative fault rule, which means your settlement can be reduced according to your portion of fault in a crash, South Carolina law clearly states that failure to wear a seat belt cannot be used as evidence of comparative negligence in a car crash lawsuit. You can be fined up to $25 for not wearing a seat belt in a moving car, but a seat belt violation will not:

You may file a civil lawsuit against a negligent driver who has injured you in a car accident even if you weren’t wearing a seat belt. Before going to court, though, your first step will probably be to file a claim against the at-fault driver’s insurance company for your damages:

Even though your failure to wear a seat belt cannot be used as evidence against you in court if your case goes to trial, the negligent driver’s insurance company could cite your non-compliance with the law as a reason to offer you an unfairly low settlement, especially if you don’t have an attorney. Adjusters, who earn their livings by disputing and devaluing damage claims, might think you don’t understand the law regarding seat belt violations. They could deny your claim or offer you unfair compensation, believing you’re not apt to sue them without legal representation.

If you do have a lawyer, however, the company is likely to cooperate with you because its representatives know your attorney will work to get you a fair settlement by:

Once the insurance company realizes your lawyer is prepared to file a lawsuit if necessary, it’s much more likely to offer you a fair out-of-court settlement than to absorb the expense of a trial.

If you’re injured while driving without a seat belt in a Charleston car crash, there are several things you can do at the scene to strengthen and protect your claim. If you’re physically able to do so after the wreck, you should: