How old is too old to drive safely? 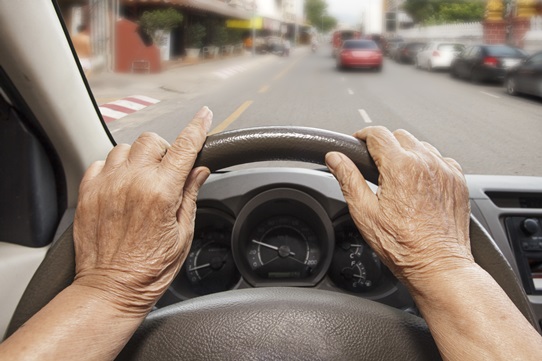 There is no specific age at which a senior citizen becomes too old to drive a car. The age when a motorist should stop driving varies from person to person. There are, however, common driving-related challenges that many older motorists face. According to the Centers for Disease Control and Prevention (CDC), approximately 500 people over 65 are involved in accidents causing injuries every day in America, and nearly two dozen seniors die in fatal car crashes every day.

Regardless of their age, senior drivers are held to the same standards of safe operation required of other motorists. If you’re injured in an accident caused by a negligent senior citizen, you may file a claim against the at-fault driver’s insurance company for your damages: property damage, medical expenses, lost wages, and pain and suffering.

Conditions and risk factors that increase a senior driver’s likelihood of causing an accident include:

Glaucoma, cataracts, and impaired vision come with age. They can make it difficult for a senior motorist to see traffic signs and signals, pedestrians, and other vehicles. Reduced vision obviously increases the risk of causing an accident, especially at night or in circumstances of decreased visibility.

Thirty-five percent of people over 65 have lost some of their hearing capacity. When driving, they might not hear another motorist’s horn blowing or the siren of an emergency vehicle. A reduction in hearing means an increased risk of collision.

Arthritis, bursitis, and other joint conditions can affect a senior citizen’s wrists, fingers, hips, knees, and ankles, making it difficult for an older driver to control a vehicle, especially in bad weather or on dangerous road surfaces. Neurological conditions like Parkinson’s or Alzheimer’s, which can develop with advanced age, can also have a detrimental effect on a senior’s ability to drive safely.

Three-quarters of all senior citizens in the U.S. take some kind of prescription medication, and many take multiple medications that can interact with each other to cause drowsiness, nervousness, impaired vision, slow reaction time, or lack of normal coordination. The American Automobile Association (AAA) reports that the drugs most commonly prescribed for the elderly can increase the risk of an auto accident by up to 30 percent.

According to the National Highway Traffic Safety Administration (NHTSA), the effects of age on a senior’s driving can result in a variety of dangerous behaviors on the road, including the following:

More than 50 times a day across the U.S., vehicles crash into residential, public, and commercial buildings, causing thousands of injuries and 500 deaths annually. Nearly half of such accidents involve senior drivers.

Although it’s considered polite in American society to respect and defer to older people, the law holds them accountable for damages they cause by driving negligently, just as it does all other drivers. The expenses you incur as a result of your accident are the same, no matter who caused them. If the at-fault driver’s insurer encourages you to accept a low settlement offer because the negligent driver is elderly, you should not do so without consulting an attorney.