How to Avoid Aggressive Drivers In Myrtle Beach

It’s not uncommon to encounter an aggressive driver while traveling on busy roadways. Usually, you’re able to reach your destination safely and without incident. But sometimes these aggressive drivers may engage in one ore more traffic offenses that put the safety of other drivers at risk. 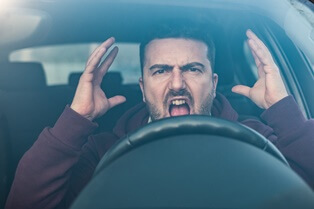 If you are injured in a car accident with an aggressive driver, you may wonder about your legal rights and whether or not you can seek compensation from that driver.

What Is Aggressive Driving?

The National Highway Traffic Safety Administration (NHTSA) defines aggressive driving as the behavior of an individual who “commits a combination of moving traffic offenses so as to endanger other persons or property.”
When aggressive driving escalates, this is referred to as road rage and can include confrontation with another driver, deliberately running into another car, blocking a vehicle from merging or making a lane change, or brandishing a weapon.
Keep an eye out for the following signs of aggressive driving:
● Failing to yield the right of way
● Honking excessively or flashing lights
● Passing illegally
● Purposefully driving slowly in the fast lane
● Speeding or swerving
● Swearing or making inappropriate gestures
● Following another car too closely (tailgating)

Here are some tips on how best to handle yourself when confronted with an angry or aggressive driver:
● Avoid making inflammatory gestures to the other driver. Don’t make eye contact.
● If you’re on a multi-lane highway, change lanes to get out of the way of an angry driver as soon as you can do so safely. Avoid slowing down or speeding up to get the aggressor to back off, as this may not work.
● Keep adequate space between you and the car in front of you, especially in traffic jams. This will give you room if you need to make an escape.
● Check your own temper. If another car “stole” your parking space, just let it go. Staying calm behind the wheel is the best way to avoid having a car accident.

Proving Another Driver Was Driving Aggressively

If you are involved in an accident because of the actions of an aggressive driver, you might be tempted to argue with him. Or you might feel that you should apologize. The right course of action after a car crash is to politely exchange contact and insurance information with the other drivers involved. Be sure to get contact information from any witnesses.
Contact the police so a report can be taken, and you should have the opportunity to note for the record the other driver’s aggressive behavior. Depending on the what the other driver did to cause the crash, such as running a red light or passing illegally, he or she may get a citation, which would be helpful if you file a civil suit. If the aggressive driver is a hit-and-run driver, try to get the car’s license plate number.

A Myrtle Beach car accident lawyer may be able to prove aggressive driving by presenting witness testimony or a police report to the jury. Unlike in a criminal case where guilt must be established beyond a reasonable doubt, in a civil case, proof is established by an overwhelming amount of evidence.

You may be able to recover compensatory damages after being injured in a car accident that involved an aggressive driver, including:
● Past and future medical expenses
● Lost wages
● Future lost earnings if your ability to earn a living has been diminished
● Vehicle damage